PayRupees Provide all types of Services related to AEPS 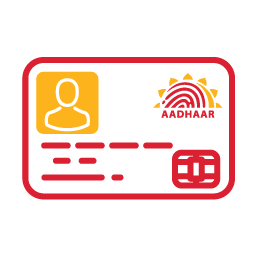 AEPS is a bank led model which allows online interoperable financial transaction at PoS (Point of Sale / Micro ATM) through the Business Correspondent (BC)/Bank Mitra of any bank using the Aadhaar authentication.

How to get it:

What is required for Transaction:

Disclaimer: The transaction costs are based on available information and may vary based on banks.

Disclaimer: The funds transfer limits are based on available information and may vary based on banks.

In order to further speed track Financial Inclusion in the country, Two Working Groups were constituted by RBI on MicroATM standards and Central Infrastructure & Connectivity for Aadhaar based financial inclusion transactions with members representing RBI, Unique Identification Authority of India, NPCI, Institute for Development and Research in Banking Technology and some special invitees representing banks and research institutions.

The working group on MicroATM standards & Central Infrastructure & Connectivity has submitted its report to RBI. As a part of the working group it was proposed to conduct a Lab level Proof of concept (PoC), integrating the authentication & encryption standards of UIDAI, to test the efficacy of MicroATM standards and transactions using Aadhaar before they are put to actual use. The PoC was successfully demonstrated at various venues.

AePS is a bank led model which allows online interoperable financial inclusion transaction at PoS (MicroATM) through the Business correspondent of any bank using the Aadhaar authentication.AePS allows you to do six types of transactions.

The only inputs required for a customer to do a transaction under this scenario are:-

We will call you back soon